Yesterday I almost lost a student as we both dug our heels into the ground and refused to budge. He did not like his current pieces and announced that he was not playing them anymore. And further more, he wanted to play better songs in some other book. I countered with the importance of putting some finishing touches on his last piece and looking forward to some really great pieces coming up. He opted to skip his lesson for the day. We both went to our corners. It was awkward; he is my grandson. 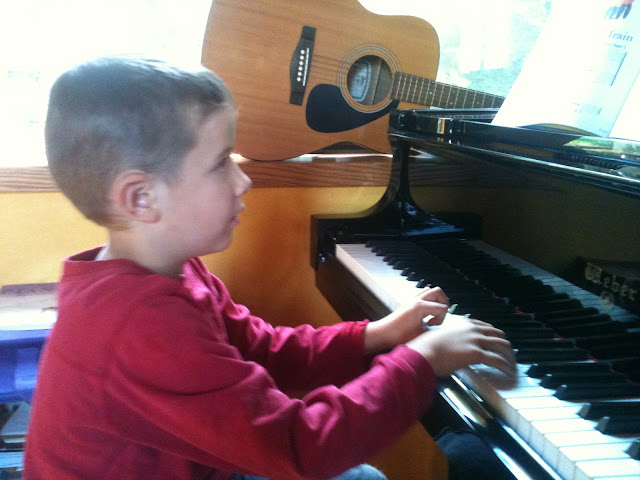 Previously in a post I wrote about "teaching my own" and I recounted the ups and downs of taking on your family as students. There are so many joys associated with giving the gift of music to children you will love forever. My wise son saved the day. In the evening I answered the phone to hear a cacophony of piano notes on the other end. As I listened "The Tambourine Party" emerged and I recognized that my grandson was playing a duet with his father. They were obviously having fun together and they called back again later to play the next song. I suspect our lessons will go on because his father brought value and attention to a discouraged student. That is what parents can do when the going gets tough.
Posted by BusyB at 11:11 AM No comments:

Email ThisBlogThis!Share to TwitterShare to FacebookShare to Pinterest
Labels: Advice to Parents

I really like making strong connections to the pieces My First Piano Adventures students learn. For weeks we talked about the piece "Tambourine Party" and how we would have our own party soon. My idea was that one student would play the piece while the others would sound their percussion instrument at just the right time during the song. 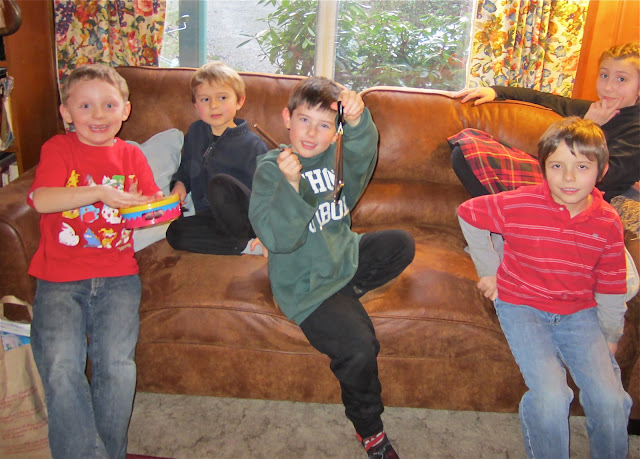 It worked very well when we had a "Pumpkin Party" and we sang along while each student took a turn accompanying. I thought we were well prepared but the piece "Tambourine Party" changes hands on the second measure. It takes forward thinking to prepare the brain to change and in an ensemble this must happen on the beat. Everyone stumbled and I learned how important it is to remind my students to use CLAP in their practice. Count, Look Ahead, Attention to notes coming up, and Play; that is what I hope to reinforce in the next weeks. 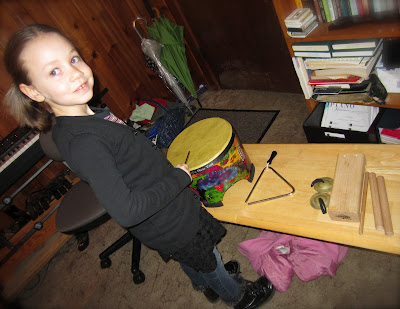 I am always learning what to focus on in private lessons when I work with the group lessons. It is a good thing!

Happy Valentine's Day!! A company of students came to learn about chords yesterday and more will come today because it is group lessons week. Yesterday they were my Piano Adventures 2B students and we all needed to review the keys of C,G,D,F; their scales, their tonic, dominant and sub dominant chords, the concept of inverting chords and how these chord sound.
We started with a treble simple staff and Hershey's kisses to make triads. We used black disks under the chocolate kiss if the chord had a black note.
Then we used a worksheet from colorinmypiano.com to write out scales and I,IV,V7 chords. Going over the visual pattern of a triad and moving it to a V7 chord seemed to fill some holes in these student's knowledge base. 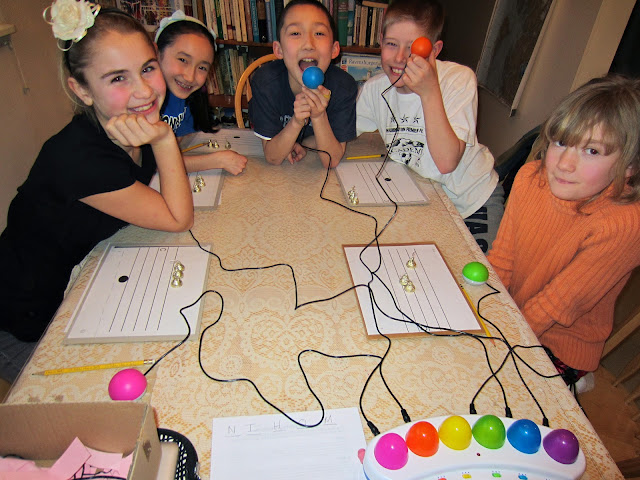 Lastly we used my Eggspert game to drill aural sounds of chords using Music Learning Community on my laptop. In "Wheel of Fortune" mode one person's egg would light up and they would listen to a pattern of I and V7 chords and find the matching written pattern. Eggspert was such a great hit that we played it in "Jeopardy" mode. I called out a chord name, they had to build it on the staff with their Kisses and then they could push the Eggspert button to get 5 points. Because of the heightened emotions some of these facts will stick better than if I explain them in a private lesson. Stay tuned for a report of my Tambourine Party, tomorrow.
Posted by BusyB at 8:08 AM 2 comments: 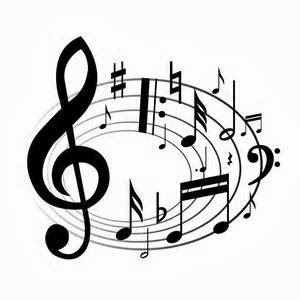